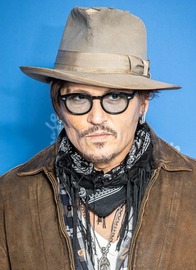 John Christopher Depp II is an American actor and musician. He is the recipient of multiple accolades, including a Golden Globe Award and a Screen Actors Guild Award, in... Wikipedia