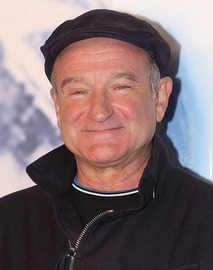 Robin McLaurin Williams was an American actor and comedian. Known for his improvisational skills and the wide variety of characters he created on the spur of the moment and... Wikipedia